Beginning immediately, The Center For Bio-Ethical Reform will expand its operation of anti-abortion billboard trucks in the congressional districts of specially selected Members of the U.S. House of Representatives.  This campaign is being conducted to urge voters to express their opposition to the tax-funded abortion provisions contained in the President’s latest ObamaCare health “reform” proposal.  The billboard trucks will continue to operate until the final vote on the final measure related to the health care reform legislation currently making its way through both houses of Congress.

Trucks will display large abortion photos in a campaign to remind voters that abortion is not health care and consequently should not be federally funded as an element of health care reform, either directly or indirectly.  Here is a sample truck end sign (click on it to enlarge): 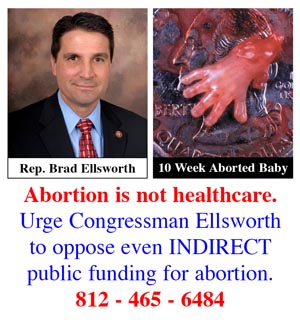 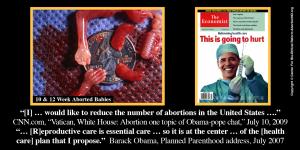 Questions regarding this education project may be directed by email to Gregg Cunningham, Executive Director, The Center For Bio-Ethical Reform, at cbr@cbrinfo.org.  Email replies will be provided in time to accommodate journalists writing on deadline or within twenty-four hours, whichever time is shorter.  Phone interviews may be conducted by contacting Don Cooper, 949-206-0600, Fletcher Armstrong, 865-776-1312, Mark Harrington, 614-419-9000, Bill Calvin, 816-918-9873, or Michael Schrimsher, 407-810-3515.

The Center For Bio-Ethical Reform