We don’t have any of Mr. bin Laden’s postmortem photos – yet.  But I am confident that eventually we will.  Multiple Freedom of Information Act (FOIA) petitions will be filed to force the release of the photos on grounds that they have been improperly classified.  The Pakistani release of grisly death photos of Mr. bin Laden’s closest associates vitiates any argument that Mr. bin Laden’s photos will add measurably to the Islamist outrage created by the photos of his aides.  Mr. Obama will deny the FOIA petitions and the issue will be litigated, with the courts ultimately ordering the release of the photos.  I do not believe there will be enough congressional support for suppression to block their release legislatively.

God has blessed us with the best of both worlds because in denying the release of Mr. bin Laden’s photos, Mr. Obama and his political allies have given us useful insight into their motives for suppressing equally grisly abortion photos.  They are trying to tamp down outrage over abortion.  But when the courts finally force the release of Mr. bin Laden’s pictures, magazines and newspapers and online news outlets will publish them, enabling us to produce signs along the order of this one: 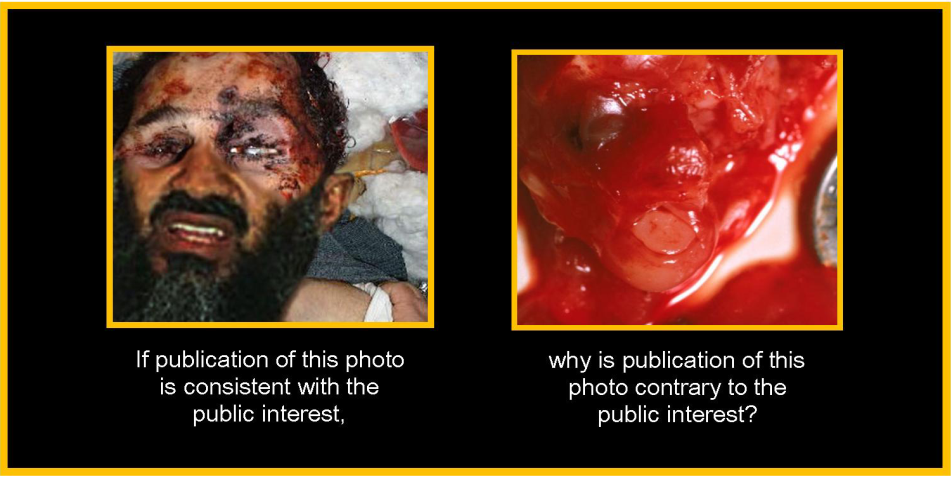