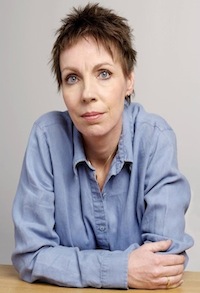 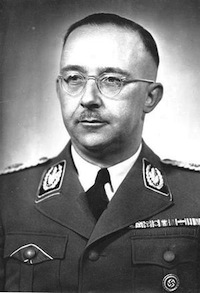 Ann Furedi was particularly offended when I told BBC Radio4’s John Humphreys that abortion is genocide and analogized the British Pregnancy Advisory Service (bpas) to the SS apparatus of the “Thousand-Year Reich.”  The program host was also offended by this comparison but I wasn’t merely speaking figuratively.  Ms. Feredi helped validate my genocide contention in 2008 when, as the director of the UK’s largest abortion provider, she spoke at the Battle of Ideas Festival forum in London.  She said “We can accept that the embryo is a living thing in the fact that it has a beating heart, that it has its own genetic system within it.  It’s clearly human in the sense that it’s not a gerbil and we can recognize that it is human life — but the point is not when does life begin, but when does it … begin to matter.”

Ms. Furedi’s shocking arrogance recalls to mind the perversity of German National Socialism in the 1930s, as described in a book titled Justice Matters:  Legacies of the Holocaust and World War II, written by Mona Weissmark, and published by Oxford University Press (2004).   The author says of the Shoah, “There are ways a wrongdoer has of saying to us ‘I am superior to you’ or ‘I have the right to decide who should and who should not inhabit the world,’ or ‘I count and you do not.’”

Viewing a video of Ms. Furedi’s casual, matter-of-fact forum performance is a study in the banality of evil.  Her insouciance  suggested the discussion of matters too trivial to merit more than passing concern.  The flatness of her affect expressed more indifference than hatred.  That is precisely the distinction found in a HolocaustResearchProject.org biographical essay on Heinrich Himmler, the Waffen SS chief who was the architect of the Final Solution.  The article asserts that “Interestingly enough, for a man who has been demonized as the incarnation of evil, Himmler makes it clear in several speeches that he was not particularly anti-Semitic.  He simply blindly obeyed, displaying almost more amorality than immorality.”

Should the phrase “hate crime” be defined by the character of the “feelings” a perpetrator harbors toward his (or her) victim or the nature of the “behavior” by which he (or she) victimizes?  A New York Times article, appearing in the August 13, 1999 Orange County Register (CA), reported the publication of the memoirs of Adolph Eichmann, the SS official who oversaw the deportation and murder of millions of Jews during World War II.  The article’s sub-headline reads: “The Nazi who led Germany’s genocide against Jews contended obedience, not hate guided him.”  Eichmann claimed he was “just following orders.”

It might be argued that Ann Furedi is blandly following the orders of any and every mother who presents her baby and demand’s its execution, but I don’t believe Furedi is merely a neutral agent who is animated by the intentions of others.  She is deeply complicit in the issuing of these execution orders because she consciously suppresses information which, if disclosed, would frequently dissuade mothers contemplating abortion.  Not only does Furedi conceal information whose disclosure is vital to informed consent, she actively interferes with the efforts of any third parties who attempt to provide that information.  This is conscious consumer fraud and in response, we are committed to mounting perpetual consumer protection campaigns at every bpas abortion clinic we have the money and manpower to staff.

The Center For Bio-Ethical Reform