Abortion- Killing a new human being before birth 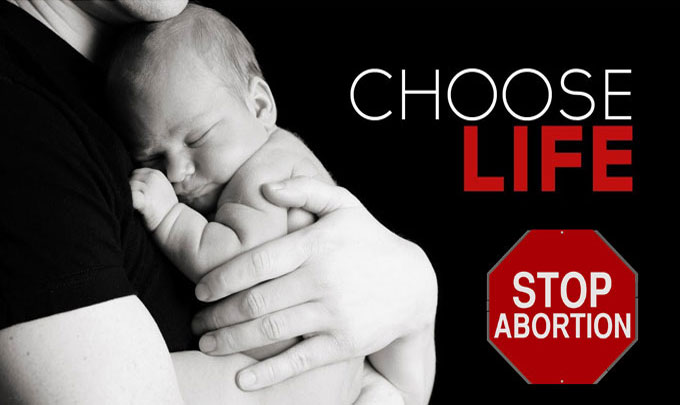 Say NO to Abortion

Abortion is the inhuman act of destroying a human being in the early stages of development. A woman has the right to decide whether to become pregnant. But once a woman is pregnant, she carries another human being inside her who is her son or daughter and whose health depends on her health. Mothers who wanted to get pregnant say they are carrying a “baby” while mothers who want to end their pregnancies say they are carrying a “fetus.” These word games don’t change reality. Unwanted pregnancies often result from negligence, immaturity, or a failed contraceptive.

Abortion – Killing a new human being before birth

In reality, women often have abortions because they don’t have enough information about abortion. These women are led to believe by abortionists that there is nothing wrong about abortion and terminating an unwanted pregnancy is the right thing to do. During the “procedure of abortion,” while the preborn child is being killed, their mothers are often distracted from what is actually taking place by nurses who assist the abortionist through the whole process. Many women do not want to see the ultrasound images of the baby that the abortionist relies on for assistance in the killing process. Abortionists and nurses often turn the ultrasound screen away from the faces of mothers who would otherwise be willing to view it or even request to view it. Many mothers realize sooner or later that they have murdered their own flesh and blood and that they made the wrong decision. But it’s a decision that can never be unmade. These women often hold terrible guilt inside that they do not share with others, even those closest to them.

It is highly important to spread abortion awareness. The act of killing one’s own child is a horrific thing that cannot be undone. 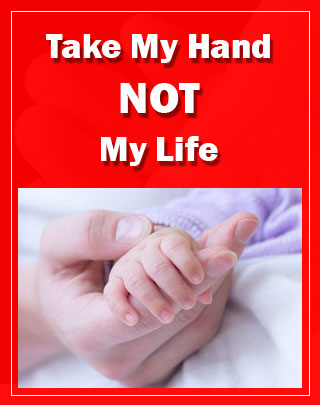 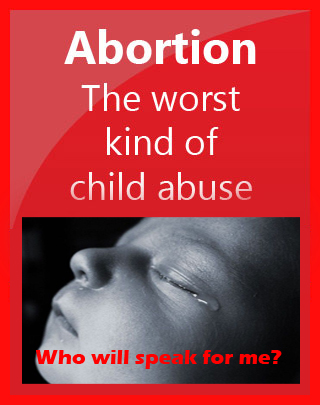