We are urging several key Congressional Representatives to not settle for a phony abortion compromise in Health Care Reform that insults the intelligence of American tax payers by proposing abortion coverage through government subsidized health insurance policies while arguing that laundering government money through an insured’s personal checking account magically transforms public funds into private premiums.

So far, we have gotten commitments from several “Blue Dogs” to not support abortion funding who were on our list. They include Rep. Taylor, Rep. Boren, and Rep. Driehaus.  So we have moved our trucks to other targets.

Consider the immediate influence of the Center for Bio Ethical Reform’s billboard trucks cruising around the districts of “Blue Dog” Democrats who are already nervous about the fact that they are in trouble politically.  They are going to become aware of our trucks immediately and they are going to feel the pressure which comes with the certain knowledge that we are stirring up their voters on this issue. We can save babies lives, and change hearts while we send a message to elected officials that there is a cost for treachery or cowardice.

Look below to view all Blue Dog TouSigns

CBR is turning up the heat to attempt to keep EVEN INDIRECT FUNDING OF ABORTION out of the health care reform legislation. We won’t be fooled by Ms. Pelosi. We won’t fall asleep. 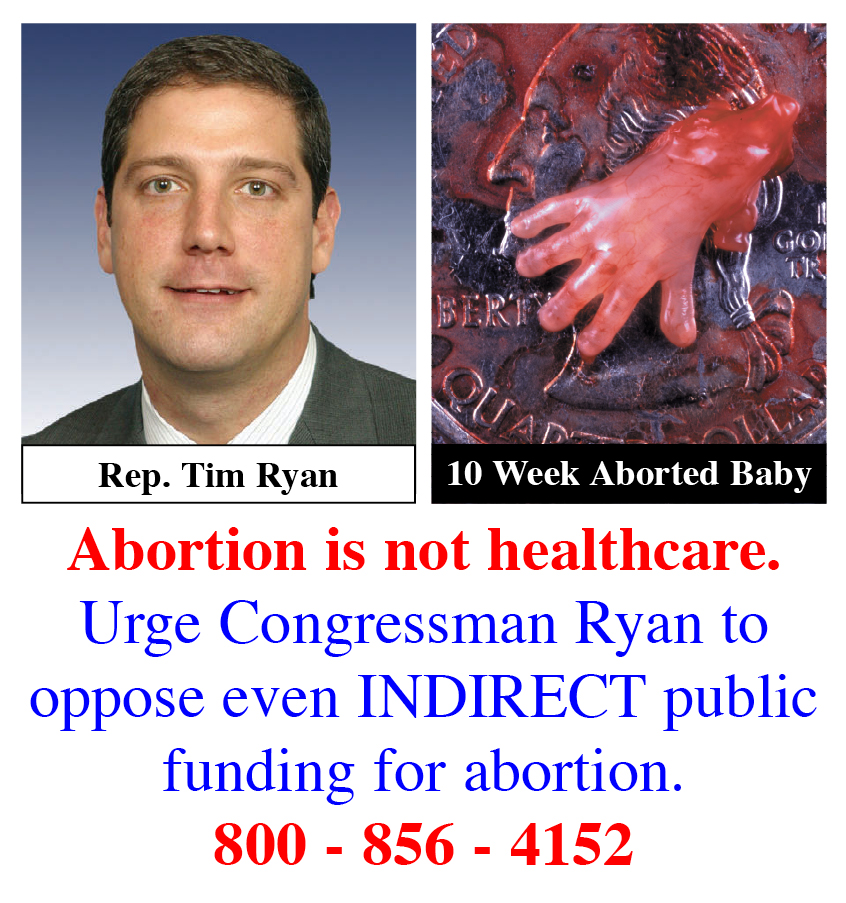